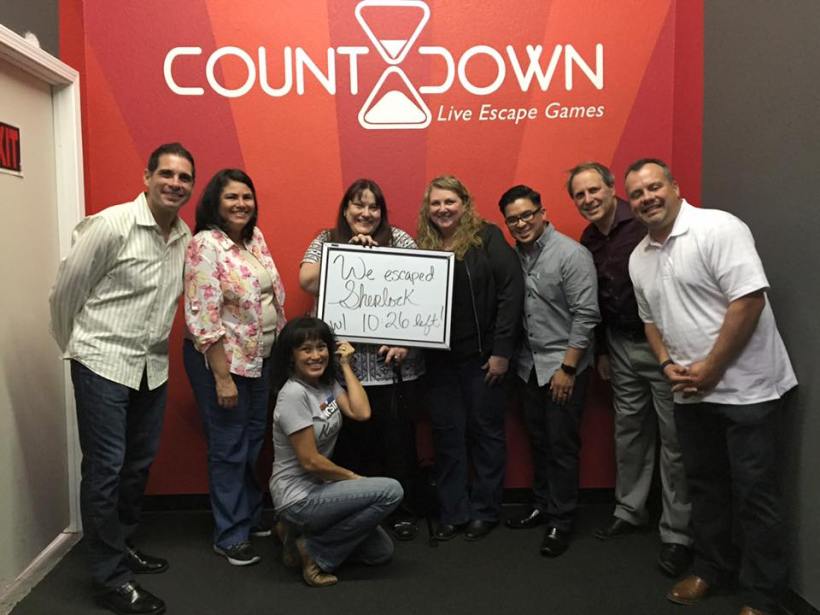 About a month ago, I got offered a great opportunity with my company. Something like this doesn’t come around often, so I accepted and started planning the transition. Now, our window of time was brief, and the change was complicated. It was about more than just me. I worked with a stellar group of people and had hired virtually every one of them. We built a new team, forging a fresh course in our company. It was right then, but now we needed to evolve. It was time for added opportunities for all, and my new role happened to be the first page of our collective next chapter.

Even though I knew that this was right, telling them was going to be hard. Really hard. I had a great team. Talented. Job skills, knowledge, commitment? Yes, yes and yes. But each of them had something MORE. There’s something intrinsically amazing about them as individuals. It’s a quality that’s hard to capture in words. Perhaps it’s charisma, but to me, they’re all “heart” people. There’s a truth to each one of them – as radically different as they are from one another – that, when they come together, is magnified. I didn’t set out to hire “heart” people. I set out to hire talent, experience, and knowledge. It wasn’t until the team was complete that I saw the common thread. The team was business, focused, and real in a way that’s rare. And even though I knew we were all going on to even bigger things, I’d miss that magic.

Over the course of a few days, I walked them through the plan. Still, I had a team meeting already scheduled for the following week. It had been on the books for a while, and we had a lot in motion, so it was business as usual heading into the date.

The meeting was great. We had fun, laughed, and got a heck of a lot accomplished. We enjoyed time together professionally and personally. And as the last few hours wound down, we turned our attention to what’s next. It was an open forum to ask any question or work through any idea, no holds barred, with myself and one of our executives.

At that moment, I disappeared.

No, I didn’t leave physically. It was more like being at my own wake. It’s odd to sit in a room full of people as they talk about you, your leadership style, and values as if you’re not there. Frankly, it’s downright strange.

We all have this idea of who we are and how we come across. At my old company, my boss nicknamed me “Nails.” He used to say that I’m light-hearted up front, perhaps underestimated, but when it’s time to get down to it, I’m tough as steel. All business. A velvet hammer.

Listening to the group talk though, I heard new things. Transparency. Authenticity. High expectations, but patient (not something I would ever even consider associating with myself). Mentor and a friend. Business but heart.

Being a leader is a monumental job. Being a leader who’s a woman in an industry that’s dominated by men? It adds another dimension entirely. So, you adjust in whatever way seems to fit. I subscribe to car magazines, am an avid Spurs fan, and play fantasy football, March Madness brackets, whatever. Privately, I’m sentimental. Professionally, I’m Nails. I’ve always been proud of that moniker, but as that day progressed, I realized that nickname may not quite fit anymore. I used to say that “businesses aren’t people. They don’t have emotions. Business is just business.” Perhaps I was wrong.

A company is a collection of people. These people either have jobs or, if we’re lucky, they have something more. Shared ideals. A vision. A dream. When is a job something more? When people believe. When they’re passionate. When their hearts are all in.

Whether it was sheer luck or a reflection of something I hadn’t seen before, I was sitting in a room of “heart” people who were – and still are – all in. They taught me something new that day.

Maybe we need to hire for “heart” intentionally. Skills can be taught. I’m not sure “heart” can be. Maybe we need to cultivate and nurture it. That doesn’t mean not making smart business decisions or using our heads. It does mean recognizing what connects or inspires people, and making sure they know why they matter. Yes, it’s about performance, but is performance on its own really enough? Now, performance paired with true engagement? Perhaps that’s how we all win.